The beginning of installment #2 of documenting our travels to Florida (and back…) finds us in Florence, Oregon.  After getting settled into our campground, about 7 miles north of town, we headed in to fuel our truck and us.  First stop was Mo’s – a restaurant that sits right on the Siuslaw River and near the beginning of the expansive Oregon Dunes area.  We had been here a couple of times before so pretty much knew what to expect.  We did take a bit of a risk; the last time we ate here the food sucked (clam fritters that were more filler than clam.)  But, this time dinner was actually pretty good.  Seating is essentially a bunch of picnic tables and (hard) wooden benches.  Dinner was pretty good – and the clam chowder was excellent.  The fish tacos were pretty good, at least by Oregon/Mexican food standards.  Not exactly like traditional fish tacos, but close enough.

Next, we headed off to the Safeway gas station to top off our tank and use our Rewards Points to get a 20-cent-per-gallon discount.  As I was BS-ing with the gas-pumper-guy, he asked me if I REALLY wanted to use bio-diesel which, according to him, was regular diesel cut with 15% used restaurant cooking oil – the discards of the stuff used to make things like French fry’s.  He said that they had received numerous customer complaints about loss of power, diminished mileage and clogged fuel filters (which in our truck cost about $100 to replace – parts and labor.)  He actually suggested we go down the road to Fred Meyer and get some ‘real’ dieseI – for 2 cents less per gallon (before our discount.) But, we took a risk and had him top off the tank to the tune of adding only about 10 gallons.

Turns out his observations seemed to be correct.  The next day as we headed back inland to Seven Feather, near Canyonville, I noticed a slight decrease in pulling power up hills, as well as about a 10-15% decrease in mileage.  So, we learned something…no more bio-diesel for us.  In the future, we will be careful to use only ULSD (ultra low sulfur diesel).  As a footnote, after we filled up again at Seven Feathers, things seem to return to normal.  Lesson learned.

Not the same as the movie…except for the ‘gluttony’ part…

Dee Dee getting The Bird, or is The Bird getting Dee Dee

We decided to have dinner at the Seven Feathers Casino (I made enough at the tables earlier to pay for it.)  Everything seemed OK – until about 1 AM when I awoke from a very weird dream with severe stomach cramps.  I spent most of the remainder of the night/early morning in the head.  (Dee Dee was fine, probably because she had a different dinner than I did.)

Next stop was about 260 miles down The Five freeway to Corning, CA, to the Rolling Hills Casino.  On the way there we crested the Siskiyou Summit and battled high cross-winds from Yreka to Weed.  Made for some tense driving.  Friends had told up about the campground there (at Rolling Hills) and said it was a pretty good deal.  Turned out to be excellent advice.  Friendly staff, inexpensive ($28) and well maintained.  Only issue happened that evening – after dark – when I was out walking Charlie on the perimeter of the park, where there was a lot of open space.  It was raining, and he was running off-leash.  This woman who was walking down the road (let’s call her ‘The Dog Nazi’) started giving me a load of crap.  “That dog is supposed to be on a leash!”  I restrained myself and did not say everything I felt like saying, but still got my point across to her regarding what I felt about her remarks.  She walked away mumbling.  At first I thought she was a campground employee, but it turns out she was just a nosey, busy-body who was just staying the night.

At the Oasis Grill, just north of Woodland, one of the best breakfast places we have ever been to

We are now in Modesto, after surviving the ‘highway construction gauntlet’ between North Stockton and Modesto – what a mess, and fairly stressful when you are pulling a 5th-wheel, competing with big-ass semi-trucks for road space.  We are lucky to have Al and Linda Cover as good friends; we are staying at their place in the country…we call it ‘Big Al’s Sheep Ranch and Campground.’

Steve, Big Al, Bob and Bud, long-time golf partners (We all missed you, Bill, and wish you a swift and full recovery.)

Dennis, one of my very best Modesto friends

Having a great time visiting many old friends, playing golf and reminiscing about ‘the good old days.’  I really was disappointed not being able to see my really good buddy, Bill, who has been quite ill as of late.

It has been pretty much non-stop stuff-to-do since we got here, and a lot of fun.  We really miss living in this great, friendly, community.   It’s amazing how Modesto has grown – from under 55,000 when we moved here in 1974 to over 203,000 today.  The sprawl is incredible.  And the College (MJC) has also experienced explosive growth, with many new facilities since I left in 2002.  The West Campus in particular has grown by leaps and bounds.  Dee Dee has really enjoyed seeing the several folks she worked with at the Frito Lay plant, and hanging out with her buddy, Dorlene.

(There are a few more things to relate about Modesto, but I will include those in the next installment, as this one is starting to get pretty wordy.)

We are here for a couple of more days, then we will be heading off to Bakersfield, Dagget (where there is a free catch-and-release pond in the campground) and then Las Vegas, where we will be for 4 days, over Thanksgiving, staying near Fremont Street – our favorite Las Vegas place-to-be.

But that’s the next installment… 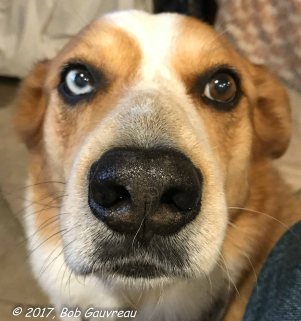 Lonesome-The-Dog’s grave, Picacho Peak back country.
One of Jaime’s talented guys.
Blond women found wandering in desert around Yuma. Trump was right - they (murders and rapists) ARE covering their mouths with BLUE duct tape and selling them into human bondage.
Lavender, near Sequim, WA.